Ema datshi is the national dish of Bhutan, it is chili cheese, which pleased my wife enormously as it is vegetarian. This is absolutely her favourite dish from Bhutan, next to momos, and once home we set about cooking it in our kitchen. The ema datshi in Bhutan varied a lot, some was thick and creamy, some very watery, and we can’t access the traditional yak (it can’t be yak, read why further down the page), sheep, and cow cheeses available in Bhutan, but our recipe below is a good representation of our favourite Bhutanese dish. Ema datshi, Bhutanese chili cheese, a memory from our travels to make at home.

Ema Datshi is quite literally “chili cheese” with ema meaning chili and datshi meaning cheese. This dish can be fiery hot, so it’s not for the faint-hearted. Many westerners in Bhutan can’t handle the heat at all. Ema datshi is the national dish of Bhutan and is simple and very tasty. And hot. The chili used, I’ve read elsewhere, is normally sha ema in Bhutanese and is a long pepper like cayenne, it can be red or green, fresh or dried.

There are a few variations on the “datshi” theme in Bhutan, potato cheese, kewa datshi, was quite common and easier on delicate eaters. We ate this for breakfast at one hotel. It also appeared at lunch and dinner. Other vegetables, like radish, spinach (saag) and beans, or even beef and chicken, can be used, but meat isn’t so commonly eaten in Bhutan.

Interestingly we were served very little spicy food in Bhutan, but the momo, popular throughout the Himalayas (Nepal, Tibet, India), is popular. Indian tourists were served different food to we westerners, and that was rather disappointing. The nature of tourism in Bhutan means we had no choice over where and what we ate, every meal was a buffet for tour groups.

What Is The Cheese in Ema Datshi?

Our Bhutanese guide said it was normally cow cheese used in ema datshi, but I’ve read elsewhere that it can also be yak. Yaks can only live above a certain altitude and a yak is actually male, so I’m not sure how that works!

Either way, you probably won’t be able to get the exact cheese in your local supermarket. The photo above is of the cheese selection in the produce market in Thimphu Bhutan. Not a problem, we can make something tasty with the cheeses we can access.

What Chilies are Used in Ema Datshi?

Pretty much your standard supermarket long chili pepper, but fatter, is what they use in Bhutan. They’ll use red or green chillies and in winter when no fresh chilies are available they’ll use their summer harvest, dried. In autumn it was really common to see the chili harvest drying on rooftops like this, throughout Bhutan’s countryside.

The type of chili used in Bhutan generally wasn’t a super-hot pepper, think more a long pepper like cayenne or Anaheim, even a jalapeno. There are so many chilies in this dish that I really wouldn’t try to make it with super-hot chilies. Avoid Thai chilies or Habaneros, find the mildest you can. In the finished dish, the cheesy sauce is so hot, you don’t notice if the forkfuls of peppers you’re eating are hot or not.

This dish will probably work out expensive if you have to buy fresh chillies, they’re not cheap, and you need a lot. Luckily, my wife is green-fingered and grows green chillies by the Kg in our garden, so chili cheese is firmly on our at-home menu. Even my kids will eat it. In small quantities.

In Bhutan there is a thing called a “white chili” which is a fresh chili pepper blanched for 2-3 mins in hot water and dried. We might just try drying our own white chillies but we’ll probably use the dehydrator or oven rather than the roof. The neighbours might think we’re weird. They also make dried red and green chillies in Bhutan.

This dish will be super hot. Proceed with caution! We find that if we keep ema datshi in the fridge to eat cold, the heat becomes less intense. Obviously, adjust this recipe to taste, this is simply my best home recipe version of the ema datshi we are in Bhutan. Without Bhutanese cheese, butter, and peppers, it will never be completely authentic. But it tastes great! Serving sizes are approximate

Where is Ema Datshi from?

Ema Datshi is a dish from Bhutan, a country in the Himalayas, south of China, NorthEast of India, in the continent of Asia. Ema Datshi is important in Bhutan because it is the Bhutanese national dish. This dish is served as a side dish or main dish in Bhutan. “Ema” means chilli peppers, “Datshi” means cheese in the Dzongkha language of Bhutan. So ema datshi is chilli cheese. It is a very simple dish to make, with few ingredients, but requires a lot of fresh or dried hot chilli peppers, plus authentic Bhutanese cheeses. You can substitute other cheeses (see our recipe) as you are unlikely to be able to find authentic Bhutanese cheese. It’s a delicious dish, if you enjoy your food “hot”, or “spicy”. Although technically chilli peppers are not a spice in this dish. 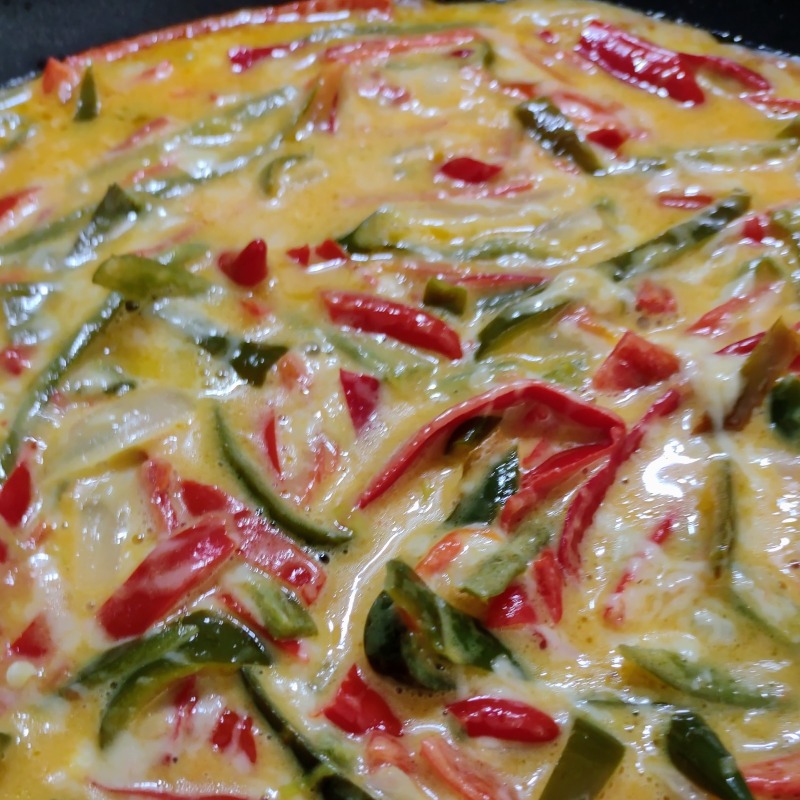 We hope you enjoyed learning a little about ema datshi and Bhutanese cuisine. This is the only country we’ve eaten chili cheese in, which is interesting as many foods in the Himalayas and South Asia are found throughout the region. It’s certainly the food we’d most associate with Bhutan. This is our home version, something tasty to remind us of our travels and a great way to use up all the chillies my wife grows in the garden. It’s a vegetarian dish, which pleases the whole family, although you could serve it alongside meat, of course. Want to head back to our World Food index? Or maybe my main food and travel world cuisines blog page? Hopefully, when borders open we’ll be back on the road finding more tasty and unusual international dishes to make in our home kitchen.

If you'd like to hire a car during your stay, use this car rental comparison tool to find the best deal!
Please check out our Pinterest account for loads of food and recipes from around the world!

Need a visa for travel or visa information? This site takes care of that for you.

Privacy Policy: This blog does not share personal information with third parties nor do we store any information about your visit to this blog other than to analyze and optimize your content and reading experience through the use of cookies. You can turn off the use of cookies at anytime by changing your specific browser settings. We are not responsible for republished content from this blog on other blogs or websites without our permission. This privacy policy is subject to change without notice and was last updated on 04/05/18.

If you have any questions feel free to contact me directly here: contact@worldtravelchef.com

As an Amazon Associate I earn from qualifying purchases.
Skip to Recipe